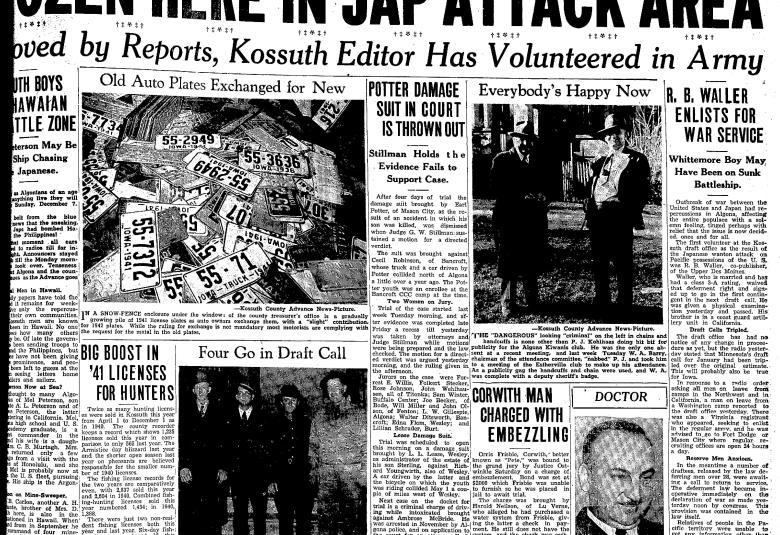 Tuesday, December 7, will mark the 35th anniversary of the bombing of the Pearl Harbor naval station and the Philippines by the Japanese. It was a cold and snowy Sunday afternoon in Iowa when the shocking news was first blared over radios everywhere. Confirmation of the attack came the following day by President Franklin D. Roosevelt who declared war by the United States.