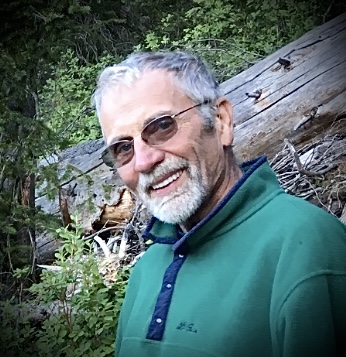 Al was born on a farm in Iowa to parents Clyde and Gladys. He was the second of three children, older sister Patti and younger sister Kim, both of whom survive him and live with their families in the Midwest. His sisters would tell you that he was mischievous from childhood, likely thanks to his dad who had him driving a combine on the highway before he could see over the steering wheel. He was a multi-sport athlete, excelling in basketball, football and softball. He loved cars and driving from a young age and could name the year and model of any car by sight from the 1940s on. He was outgoing and magnetic and made friends in high school that he had until the day he died. He was always very loved.

After several years of college, Al left the Midwest to pursue a big adventure on a boat in the Bering Sea and followed that up with an even bigger adventure to Montana where he lived for almost 50 years. He met and married his wife Natalie in 1975, who started as a cook for his outfitting business in the Bob Marshall Wilderness and ended up being his partner and chef for life. Al loved a lot of things, but perhaps the two he loved most were food and his family and friends. He was a loving, fun and supportive husband and father, a devoted grandfather and a once-in-a-lifetime friend.

Al was the hardest worker anyone could know. He spent decades running just about every machine imaginable while farming his own land during his down time. He instilled his work ethic and pride of place in his kids and grandkids, something for which they are thankful every day.

It’s no surprise that Al didn’t ever really retire, which he would blame on lawn mowing and ground squirrel eradication, so even when he wasn’t working, he stayed busy. Al attended every single one of his kids’ sporting events over the years and many of his grandkids’. He loved watching birds and battling bear break-ins and riding bikes and yelling at basketball on tv. He was an avid pheasant hunter but his true passion was fishing, tying his own flies and building his own rods for both himself and Natalie (though she always seemed to catch the bigger fish). He had an eagle eye for game and was always the first to spot any critter. He didn’t like the cold, or being patient, or the time he missed his pull-out while float tubing and Search and Rescue had to be called. Al was a true Montanan in every sense of the word, from his unending kindness and generosity to his work ethic, from his courage and sense of adventure to his passion for everything outdoors.

Al was preceded in death by his wife Natalie and survived by his son Gabe (wife Lori and sons Liam and Kellen), daughter Genevieve, and best friend Bela the dog, all of whom are extremely proud to have called him their family. Al hated the winter but loved the spring, so a celebration of Al’s life will take place in Whitefish then. In lieu of flowers, please send donations to The North Valley Food Bank or The Wounded Warrior Project. Cards may be sent to Darlington Cremation & Burial Service in Kalispell, MT.